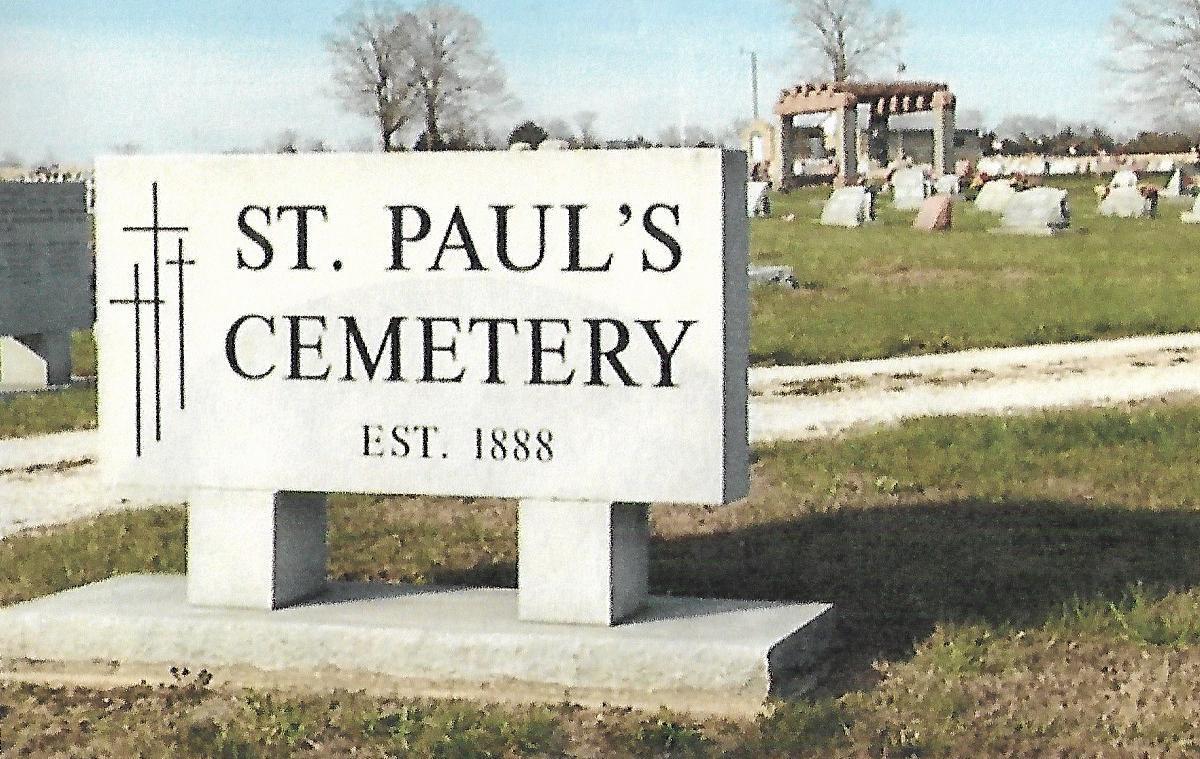 St. Paul’s first cemetery was established in conjunction with the founding of St. Paul’s Congregation in 1882. It was common practice at that time for churches to have their cemetery in close proximity to the church building. This first cemetery lay just across the street from the church. It was only used for about six years (1882-1888). When the city of Cole Camp was incorporated, burials were no longer permitted within the city limits. Therefore, St. Paul’s bought a two-acre tract of land located north of Cole Camp for a sum of $25 to start a new cemetery.

The history of the first cemetery is very vague with no records found of the burials that were made there. Only five tombstones remain to this day. In more recent times, a memorial was erected with the names of seventeen people thought to be buried there. Upon checking the church records of official acts performed during the time period of 1882-1888, they revealed a staggering number of fifty-five funerals had occurred during this six-year period. It seems reasonable to assume that many more people may be buried in that cemetery than was previously believed.

Burials in the new cemetery began in 1888 and were made in consecutive order, beginning in the back row, starting on the south end and progressing to the north. Because the infant and child mortality rate was so high, the second and fourth rows were reserved for children. During the time between 1882 – 1906, there were 116 funerals, sixty-one of which were for infants and children up to age fifteen.

In 1957, a DECLARATION OF TRUST was adopted by the congregation. This action approved the creation and establishment of a Perpetual Care Cemetery Fund. The revenue earned from the investment of this fund was to be used to care for the Cemetery perpetually in the unlikely event that St. Paul’s congregation ever ceased to exist. This fund is governed by three trustees elected by the congregation for a term of three years. The first trustees were elected with staggered terms so that henceforth the term of one trustee would expire annually. At no time was the money in the Perpetual Fund to be expended on the cemetery, only the income derived from it. Through the years the fund has grown from contributions made annually to it by the congregation through the budget as well as from gifts and memorials given by individuals. 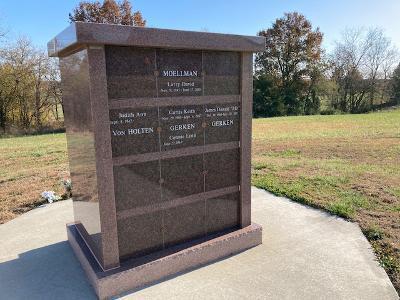 At the Annual Meeting in January 2018, it was decided to erect a columbarium on the old cemetery grounds across the street from the rear of the church. A committee of six members had worked tirelessly for six years to bring this project to fruition.

The columbarium contains 24-niches with 12 niches on each side. The niches are of an appropriate size (12 x 12 x 12) to allow for two urns to be placed in each niche.

In May of that year, five hard-working men of the congregation prepared the site for the columbarium. The columbarium was later delivered during the last week of May.

On Sunday, June 17, 2018 the columbarium was dedicated. Following the dedication, the cremains of four members were committed to their final resting place.